A Dark Fantasy Drama by Wasserbienchen 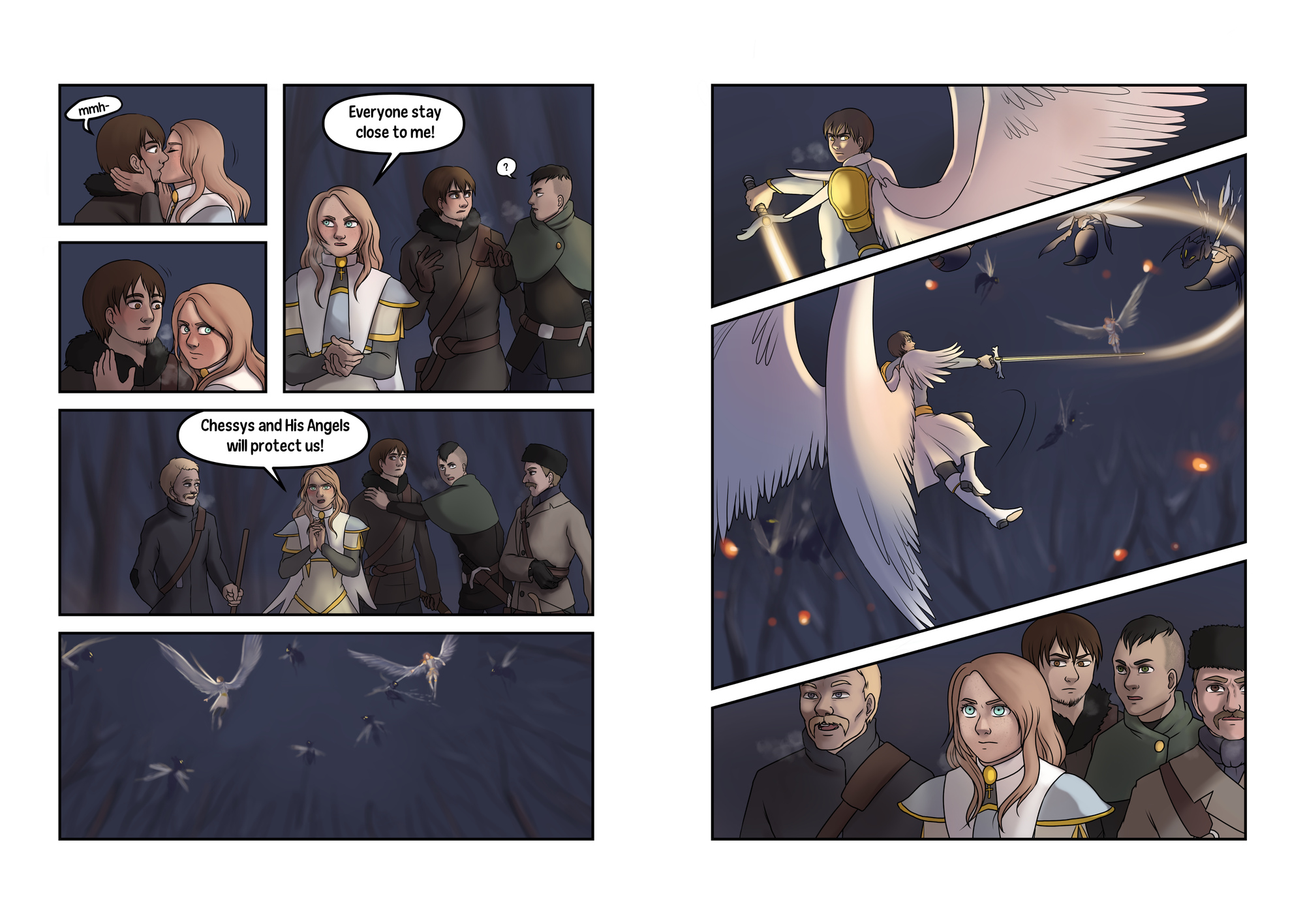 by wasserbienchen on 1st of August 2022 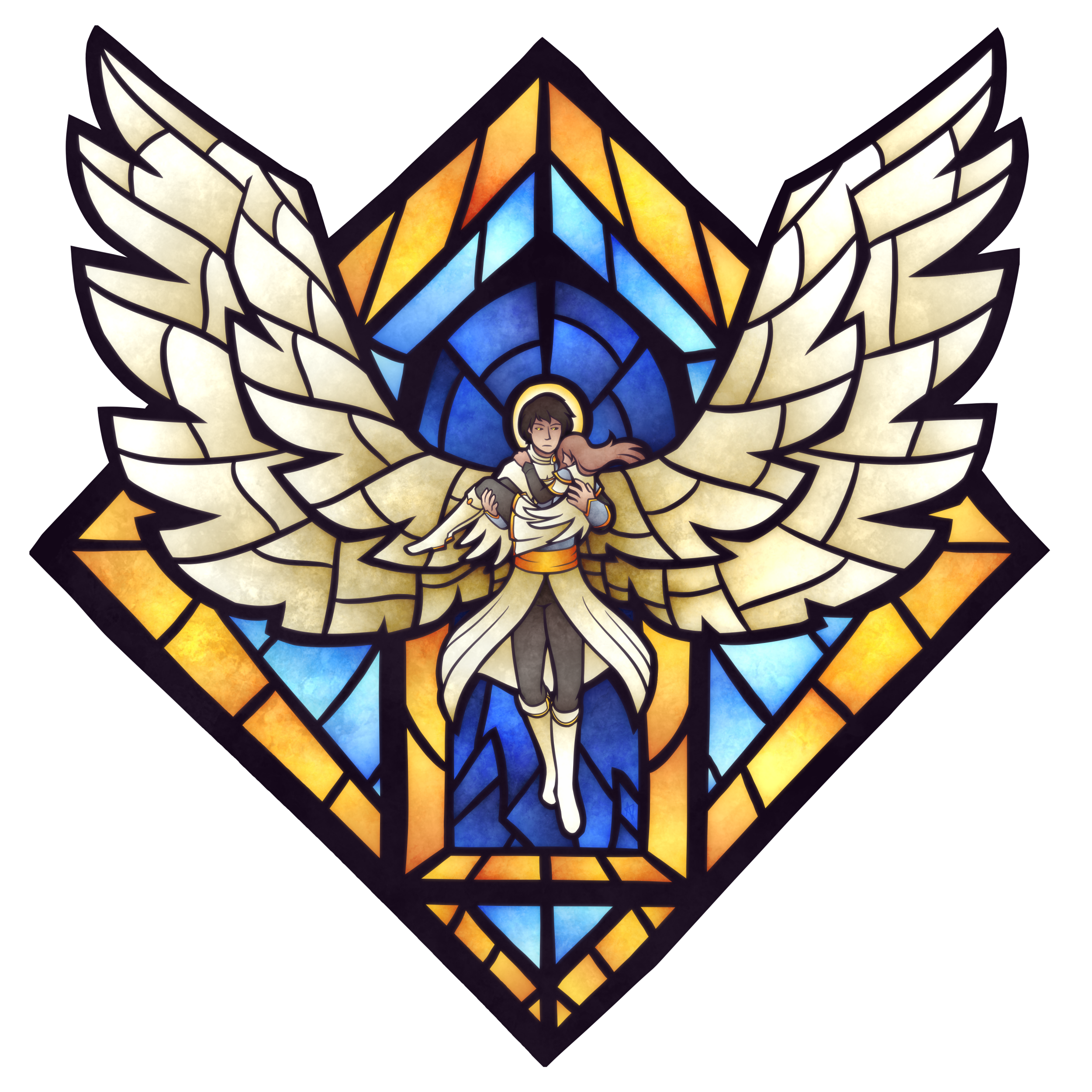 by wasserbienchen on 11th of July 2022
Aight, those who only follow me on Comicfury will probably be sick and tired of this, but I've actually been working on this comic for ~about a year now, and I'm taking some steps to make my life more manageable.

TL;DR: I will be uploading Monday/Thursday/Saturday for a total of 3 updates per week, starting next week, in an attempt to make my work more sustainable and manageable in the future.

I love doing Comics. I've been working on the comic for about a year now, including planning etc, and my pace has definitely picked up from the early days. Since about October, when I started my comic, I've been fuelled by passion and drive.

That being said, I can tell that things have been taking a toll on me. Keeping up with 4 updates a week, and oftentimes surpassing that, has physically strained me, and while I'm doing my best to negate things, there's also factors of stress and similar rather annoying things. 40-60 hours of work per week is no joke.

Now, that doesn't mean I want to slow down significantly. No, this is my passion. But I need to lessen the stress I put on myself. I went on a holiday and ended up working through most of it. I feel anxious and worried when I take a break for even a few hours which I could be spending on art. I've made a lot of progress, and I need to take a step back and think about sustainability, and be relaxed enough to actually take breaks. Because, frankly, I may have had one or two days 'off' since October.

You see, as much as I don't want to care about my health, I know that if I don't take care of it, one day you'll see a post here akin to 'guys I can't move my arm any more, it's over'. And that's the worst thing that could happen.

So I'll hope that you can forgive me for making an executive decision to try to prioritize a way to make this slightly more sustainable, and because I want to give people a bit of time to adjust, we'll do this starting next week. My idea is to upload Mondays, Thursdays and Saturdays - essentially random days, it really doesn't matter that much to me but I did notice that Sundays and Fridays tend to do pretty poorly for metrics, so ~eh, half-assed attempt to optimize schedule. You'll probably also notice that I'll be uploading very slightly later in the day, to maybe appeal to the 'merkanskis, since those are a pretty big target demographic given the English language. Other than that, nothing serious should change.

Yeah, I'm sorry that the story will be a lot slower, but I don't think it can be helped. :/ I hope y'all forgive and remain interested in Haven.

PS. This means I'm pretty damn far ahead in terms of weeks now. Regardless of what happens, you're still in for a lot of comic. Ideally, years of work is still ahead!

by wasserbienchen on 5th of July 2022
So, I recently saw just how much darker my comic reads on other people's screens, and, most importantly, in print.
Yeah, I got myself a print copy of my own comic, so that I could see how it looks and maybe push it on my IRL acquaintances. That being said, I realized pretty quickly that the comic had a glaring flaw. It was too damn dark.

I knew that my screen was a little brighter than others, but oh boy, I had no idea about the extent of the problem.
So, eh, SLOWLY, I will start rolling out edited versions of the previous pages. It doesn't take that long to edit colours, but I do need to do every panel separately and try to use my judgement while still on a bright screen. >> This, of course, while still keeping up with continuing the story.

Currently, the prologue is edited. Let me know if you think it's an improvement or not.

Until everything is edited, I'm very sorry! Hopefully readability will improve and general pleasantness to the eye, too.
1 Comment >>

Schedule and other woes

by wasserbienchen on 18th of April 2022
Particularly attentive readers might have noticed that I edited out the entire backlog to be double pages.

To be honest, the comic was always conceived as double pages, but I had initially thought that it would look nicer to have individual pages. That being said, scheduling was very hard the way I was doing it, and on top of that I felt like I was cluttering the archives. This way, you have half the number of clicks you have to go through for the admittedly very long-winded story, and I can solve my issues with scheduling.

Starting from next week - to keep pace with my DeviantArt uploads - I will be uploading one double page every Monday, Wednesday, Friday and Sunday. That's four uploads a week, which I am told is an above-average upload schedule. Considering that's a double page, you'll have a decent amount to read.

To those worrying about keeping the schedule - yeah, I'm new to Comicfury but I've been at this upload schedule since November and my 'buffer' has only grown since. I have updates lined up until July, and I'm working hard to keep it up. There's only been one or two weeks ever since I started that I lost a page in my buffers, and that was entirely down to circumstances such as sickness.

Honestly, I am not worried about speed and passion - I am always told I am incredibly fast at art, even when it comes to commissions etc. If anything, I am worried about external circumstances, and I am trying my best to mitigate those.

by wasserbienchen on 12th of April 2022
Starting Today, Haven: Revery of the Fallen officially has a home... sort of!

After what seemed like an eternity of trying to get people to make a decent-looking website and failing miserably, I suppose I found one way that I can at least temporarily offer something better than Deviantart!
I do recognize that there are still navigational challenges concerning the chapters and all, but one should be able to navigate much better than before, and Comicfury has some nice custom features that'll make things easier.

I also want to take the time to direct people to the fact that I do have a way to donate now - for those who want to be extra kind and appreciate the hard work.

For now, I'm still trying to figure out a few things, but in theory, I should be able to do much better with just this.
Let's hope!
0 Comments >>